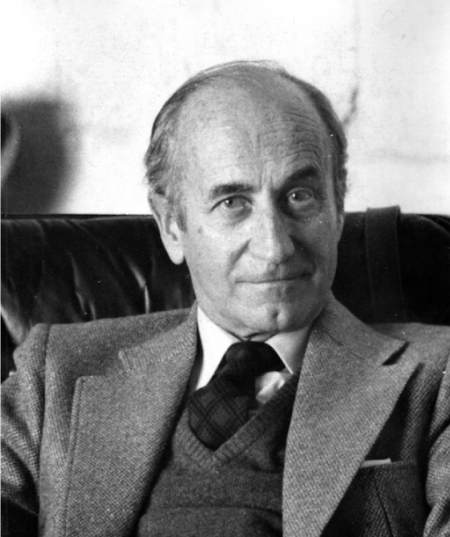 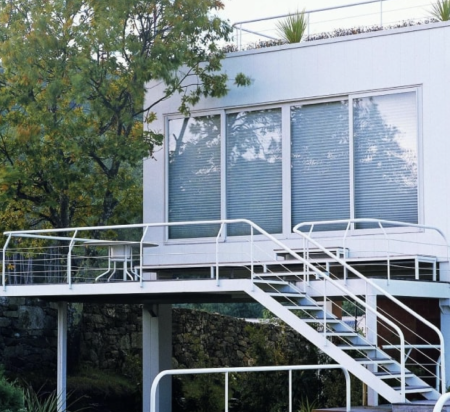 Alejandro de la Sota (Pontevedra, 1913; Madrid 1996) is one of the greatest masters of  the Spanish Architecture of the 20th Century. He was a professor at the School of Architecture of Madrid (ETSAM),  serving its trail as a reference for several  generations of Spanish architects.

During the thirties, he moved from his home town Pontevedra to Madrid where he started his studies in the Faculty of Mathematics, which was a necessary condition to enter in the School of Architecture. Once he got his degree in Architecture in 1941, he spent the first years of his professional life working for the National Institute of Colonization; a stage that ended up with the construction of the village of Esquivel (Sevilla, 1952-1963) and Arvesú House(Madrid, 1953-1955, demolished). Since then, he participated in different competitions, following the same idea as he did in his previous work, the Civil Government of Tarragona (1957-1964). This building has been considered by many people his first masterpiece. During this prolific period he did several projects of modern industrial architecture, such as Clesa Dairy Plant (Madrid, 1958-1961) and CENIM premises in the Campus of the University(Madrid, 1963-1965) and he also built his most recognized and admired work, the Gymnasium of Maravillas School (Madrid, 1960-1962); which is considered by the British critic William Curtis, the most significant work of Contemporary Spanish Architecture. 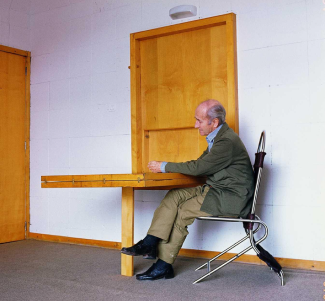 In 1960 he obtained a job as a Government officer at the Post Office, and throughout this decade, he researched  the possibilities that new materials provide and developed several projects based on a constructive approach consisting of the use of prefabricated concrete panels for walls and floors. This idea is shown in Varela’s House in Villalba (Madrid, 1964-1968).

In 1971 he leaves the university education as a professor, coming back to his public service position at the Post Office. During these years he built César Carlos Residence Hall in the Campus of the University (Madrid, 1968-1971), the building for class and lecture rooms of the University of Sevilla (1972-1973) and Guzmán’s House in Santo Domingo ‘s urbanization (Madrid, 1972-1974), in which he tried out issues to be applied afterwards in Domínguez’s House in A Caeira (Pontevedra, 1973-1978).  The Computer Center for the PO Box in La Vaguada (Madrid, 1972-1977) and years later, the Post and Telecommunications Building in León (1981-1984) belongs to a stage where he was completely involved  in light prefabricated techniques.

Since the lecture he gave at the Architecture School of the Technishe Universität of Münich in 1978, his works were internationally well-known giving  many lectures in Spain and abroad. His work has been shown in personal exhibitions at different universities like Harvard University, the Architectural Association of London, the ETH of Zürich, Karlsruhe, Aachen and Milano, apart from many architecture schools of Spain. 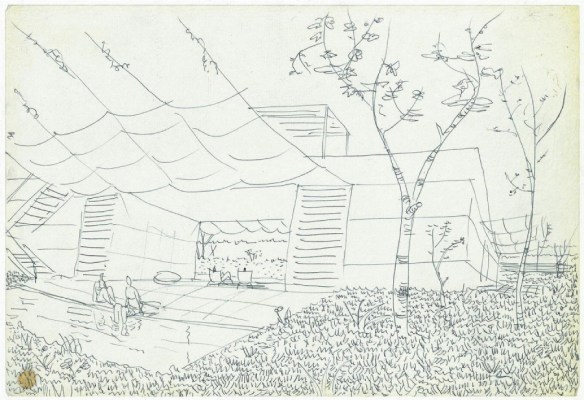